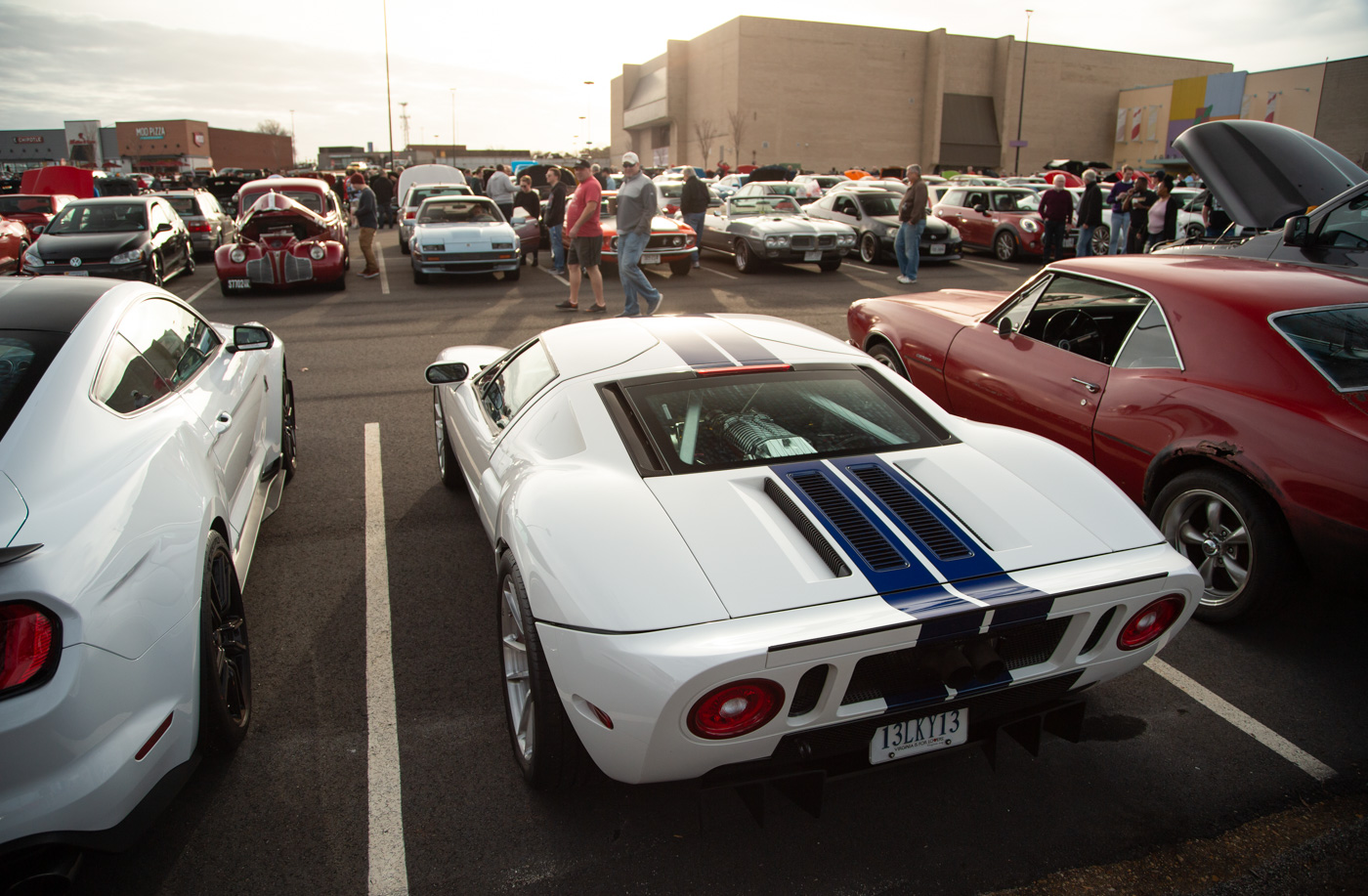 It should be no surprise to anyone that this website, like 80% of the blogs on the internet, has a backlog of content that has yet to be posted. 2019 was the best year of my life to date, but that also came with hectic third and fourth quarters that left little to no time to sit down and publish an article (which is what happens when you buy a house and get married). The new decade has welcomed me with the return of a routine. This places me back to Cars and Coffee in Richmond, Virginia.

Our city’s Cars and Coffee meets every other week in the parking lot of a local indoor shopping mall. For a city of no great magnitude, we have a fantastic turnout with a wide variety of vehicles on any day of the year that the weather permits.

Like my earlier piece Capturing MSO Mauvine Blue, which also took place here, I began by taking a photo of my own car. It’s nice to sneak one in before the surrounding spaces inevitably fill up.

It’s early/mid-January, and like most outdoor events, our turnout has a direct relationship with how favorable the weather is - and today’s weather was remarkable with a high of 71°. And how was our turnout? Well - it’s clear that Richmond is south enough that “winter storage” is a foreign concept here.

One of my favorite things about Cars and Coffee events is how there’s no exclusivity implied. Whether exotic or domestic, slow or fast, old or new, low production or mass production, concours ready or drift missile, everything is welcome at Cars and Coffee.

And despite having attended dozens of times, there’s always something I haven’t seen before. One of those this week was this somewhat subtle Mercedes-Benz sedan.

The fender flares are a dead giveaway to those in the know - this is a Mercedes-Benz 500E, which Porsche assembled and partially designed while Mercedes-Benz was preoccupied preparing the new S-Class model. To add to it, this particular Mercedes-Benz 500 E has been tuned by Florida-based Renntech, who took it upon themselves to rebadge it as an “E 600”.

Speaking of Porsche - one of my absolute favorites this time was a Porsche 914 brought by PCA’s own Porsche Panorama editor Rob Sass. I was surprised by the emotion that it invoked even though I’ve seen many Porsche 914s before. Something about that light blue paint with a hint of teal paired with the playful plaid seats really did it for me. Such a small car, such a strong personality. It’s cars like this that give me inspiration for my future MX32 Cressida build.

About the same time that I wrapped up taking these shots, I looked back at the main gathering to see that the aluminum bonnet of the Ford GT (as pictured in the header image of this article) had been opened to display the 5.4L supercharged V8. There’s something special about a legendary powerplant shoehorned between 355-width tires, especially when the owner has decided to grab more of the power that was left on the table by Ford by upgrading the standard supercharger to a Whipple unit.

Having been the center of attention on our wedding day, I can confirm that I much prefer being behind the lens. It’s good to be back.

Finally, here’s an assortment of photos I took this morning in no particular order.